Bulldog I at Bowie State University 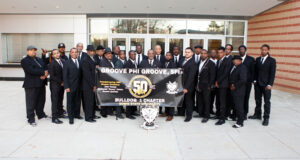 Bulldog One Chapter of Groove Phi Groove, Social Fellowship, Inc. was the first ever fraternal pledge organization to be established on the campus of Bowie State University (formerly
Bowie State College), . At the time of its founding, Bowie was 103 years old. Founded in
1865, Bowie was, and remains the oldest HBCU in Maryland. However, in 1967, it had not
yet adopted the tradition of allowing young men and women attending college the experience of joining a fraternity or sorority as had been the case across the nation at a number of
other colleges and universities.
In 1967, five years after the Groove organization’s founding in 1962, three young men, Nathaniel “Sonny” Alston, John Tucker, and Ronald Quarles sought and were granted
permission to establish the first line of any pledge organization ever on the campus of Bowie
State College. That organization was Groove Phi Groove, Social Fellowship, Inc.
The charter line in 1967 consisted of 6 young men: Samuel Williams, Omar Jones, Joshua
Taylor, Edward Fields, Charles Bell, and Oscar Kidd. The name of that line was “the Bloody
Six”.
There were subsequent Groove pledge lines after that first one, and other pledge and Greek
Letter organizations followed. However, Groove Phi Groove, Social Fellowship, Inc. was the
very first, and remains a prominent presence on the Bowie State campus more than 50 years later. 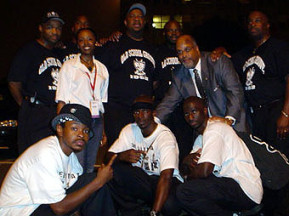 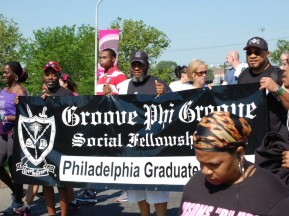 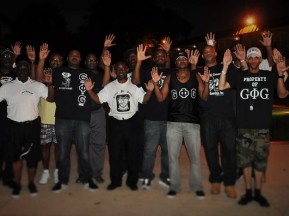 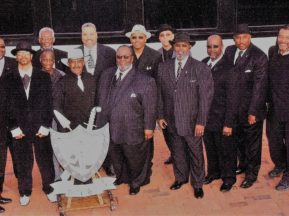