On August 29th, 2019 Fellowman Lenwood William Harris transitioned to the after-life. A true Fellowman and beloved brother, may his legendary spirit forever rest in peace.

Lenwood W. Harris Jr. was born in Philadelphia, PA on March 1, 1944, to Dr. Lenwood W. Harris Sr. and Gloria K. Harris. He was the oldest of nine children. In 1965, he became a member of Groove Phi Groove Social Fellowship Inc. while attending North Carolina A&T. His orientation, however, took place on the campus of Winston-Salem State University. He was a charter member of the Aggie Chapter at North Carolina A&T.

Nearly five years after the completion of his orientation period in 1969-70, he became the organization’s first national president. During his tenure, he proved to be the most effective leader. In response to the question of “Why Groove?”, Harris answered that it was the “only organization that answered my heart’s call”. Under his administration, the organization developed a framework to form a constitution and related bylaws to regulate Groove activity and lay the foundation for our national structure. Also, the first national headquarters, located in Washington DC, was established during his tenure.

In his professional career, he had thirty years of experience in varied roles that included: educator, sales representative, and software developer.

Harris was married to Melanie Harris (now deceased) and has three children, Kim, Monique, and Katherine. He is also survived by his brother Louis Harris, who is also an active member of Groove Phi Groove Social Fellowship Inc. Lenwood remained active in the organization throughout his life and served as a member of the Board of Directors of The Groove Fund, Inc.

A memorial service was held on Saturday, September 7, 2019, at The Bethel AME Church at 512 North Church Street in Moorestown NJ. To honor his memory, you can make a donation to The Groove Fund Inc. 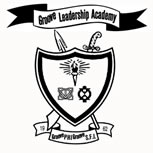 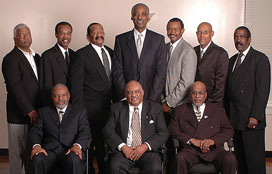 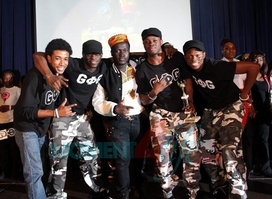 After a brief intermission of the Knemisis Khaotic Dance Competition,[...]